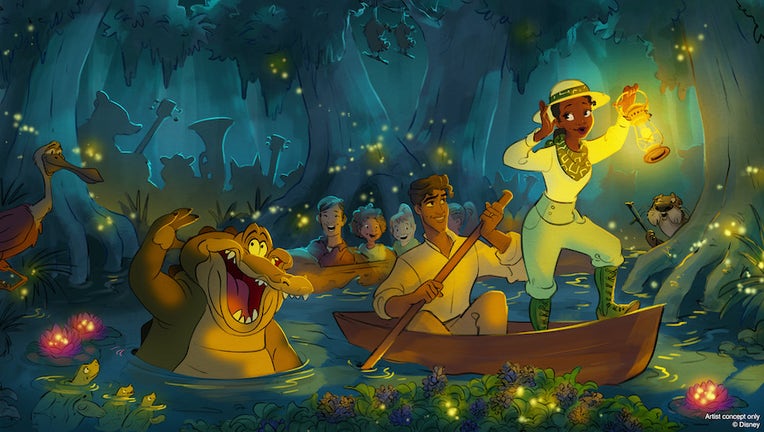 Princess and the Frog art (Photo from DisneyParks Blog)

ORLANDO, Fla. – We could soon learn when ‘The Princess and the Frog’ attraction will open at Walt Disney World at Magic Kingdom.

In June 2020, Disney announced that the ‘Splash Mountain’ attraction at Walt Disney World and Disneyland was going to be re-themed to ‘The Princess and the Frog’ — a Walt Disney animated film that features Princess Tiana and her friends.

This week, actress Anika Noni Rose, who voices Tiana in the Disney film, announced on “Live with Ryan and Kelly” that Disney plans to open the attraction at Magic Kingdom and Disneyland in 2024.

FOX 35 reached out to Disney, who responded with the following statement: “We have already shared how we are bringing Tiana’s story to life at Walt Disney World Resort and Disneyland Resort. While timing has not been determined, we look forward to sharing more details during Essence Festival of Culture in New Orleans in July.” 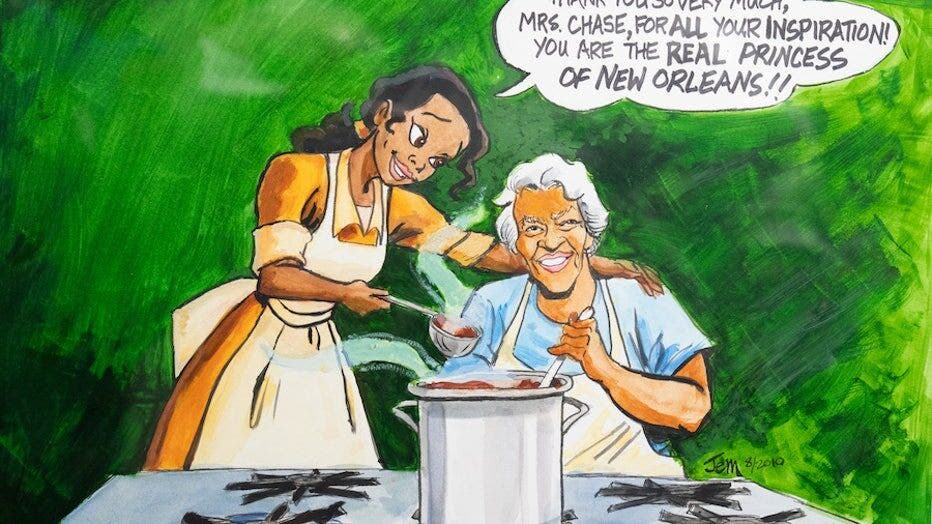 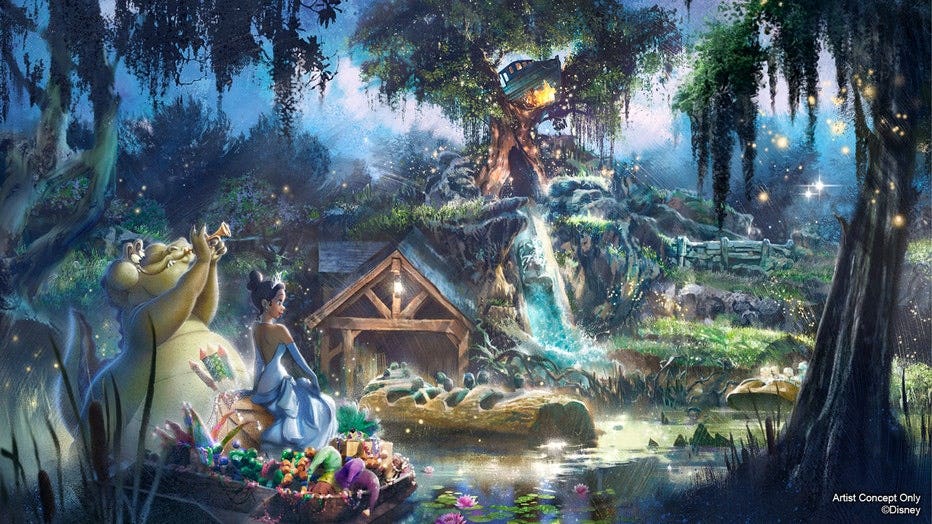 Princess and the Frog art (Photo from DisneyParks Blog)

The Essence Festival of Culture is an annual celebration of Black culture, fashion, food, and health. It takes place July 1 – 5. To announce details about the upcoming ‘Princess’ attraction at the festival seems very fitting, considering New Orleans and its traditions are expected to be reflected in the ride.

RELATED: ‘Guardians of the Galaxy: Cosmic Rewind’ opens at EPCOT: Your guide to Disney’s newest coaster

Disney said that the ride, which is set in 1966 New Orleans, will pick up after the final kiss of the film. Naveen and Louis will join Tiana on her latest adventure and host a one-of-a-kind Mardi Gras celebration. Original music inspired by the songs from the film will be used as riders encounter both old and new characters.

“Tiana invites us as her guests to go on an adventure with her in the bayou,” Charita Carter, Senior Producer for Walt Disney Imagineering, said last year. “We as the guests are active participants in this adventure. She [Tiana] acknowledges us and being the witty person she is she takes us on this amazing journey where we get to discover not only characters we know and love from the film but this is an opportunity to be introduced to some new characters.”

Carter added, “the adventure ends with the ultimate Mardi Gras party because if Tiana is throwing a party, it’s the ultimate party.” 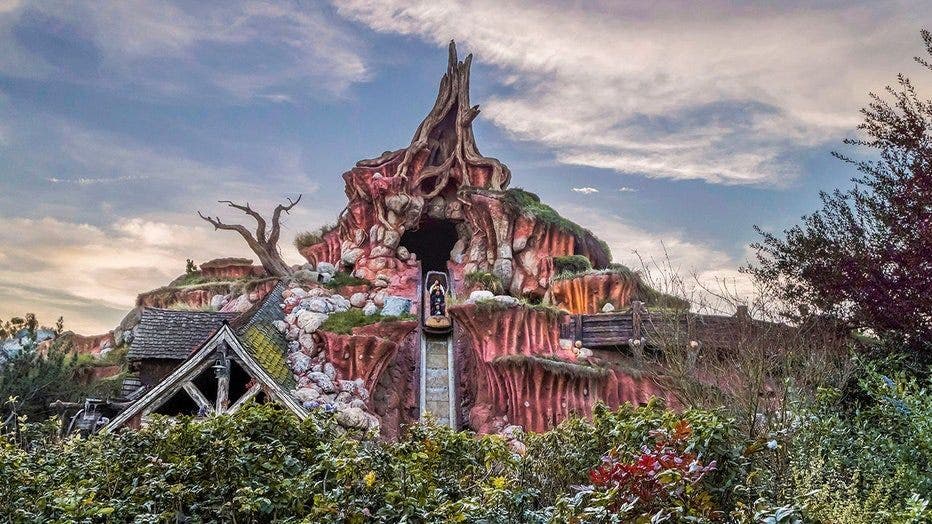 In addition, one of the early inspirations for the Disney team was visual artist Sharika Mahdi, the theme park company said. She was commissioned to create four original paintings to inspire Disney Imagineers, one of which was revealed on Monday.

Disney previously said, “with this longstanding history of updating attractions and adding new magic, the retheming of Splash Mountain is of particular importance today. The new concept is inclusive – one that all of our guests can connect with and be inspired by, and it speaks to the diversity of the millions of people who visit our parks each year.” 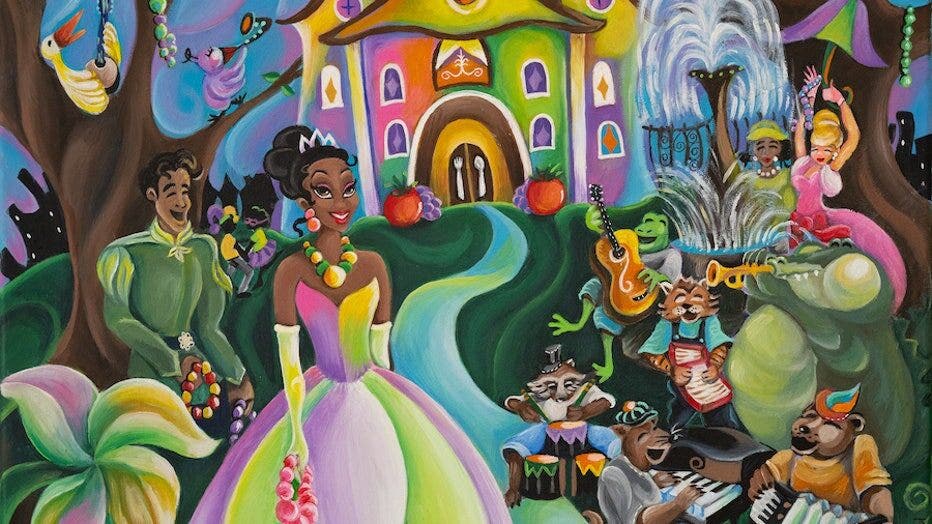 Disneyland Resort Public Relations Director Michael Ramirez also explained that, “In 1966, Walt himself opened New Orleans Square when it became the first new ‘land’ added to Disneyland park, so it feels natural to link the story and the incredible music of ‘The Princess and the Frog’ to our parks.”

When new details are revealed, including an opening date, FOX 35 will let you know.